Our first stop to the Yukon is in Watson Lake, a small town located south east of the Yukon and the main gateway from the South. We stop shortly at the visitor center 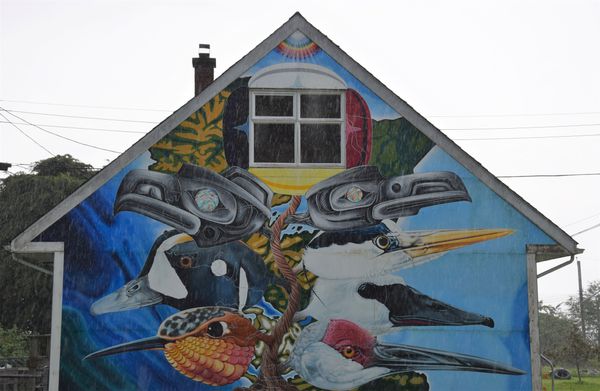 A few days ago, we were contacted by a workaway host in Prince Rupert. It's 4 hours away from Smithers and on the way to Haida Gwaii (An island in the pacific famous